Delegate Emily Brewer is a fighter for the values and principles of the Commonwealth of Virginia.  As a conservative, Emily fights for a more limited government, fiscal responsibility, and to protect your rights and liberties.

A Lifetime in Western Tidewater 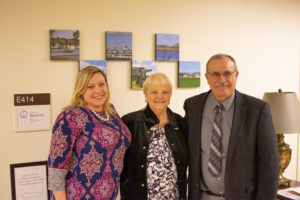 Emily Brewer understands the concerns of families in Western Tidewater because she has spent a lifetime in the region.

First elected to the 64th District in the House of Delegates in November of 2017, Emily represents the counties of Isle of Wight, Surry, and Prince George, and parts of Suffolk City. She currently serves on the House Appropriations Committee, House General Laws Committee, and the House Communications, Technology, and Innovation Committee.

As a member of the House, Emily also serves on several state boards and commissions comprised of legislators and citizen members. She was appointed by the Speaker to serve on the Joint Subcommittee for Health and Human Resources Oversight, the Joint Commission on Health Care, and the Commission on Youth.

Attracting New Jobs To The Region 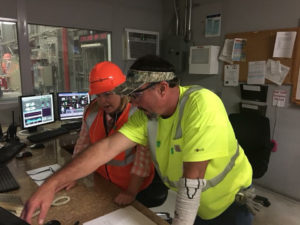 Emily is a small business owner. She started her career training first responders, law enforcement, and public safety officials. Moving on to start her own marketing firm before starting her brick and mortar business.  She now owns and operates a small wine and craft beer shop in Suffolk.

Emily serves a founding member of the Virginia Future Caucus, whose goal it is to craft legislative solutions to the problems facing the next generation in Virginia. She has worked to keep taxes low and voted in her first term she voted to pass the second largest tax cut in Virginia history.

The Virginia Chamber of Commerce named Emily their "2018 Freshman Legislator of the Year" for her work in fostering a pro-business economy across the Commonwealth. Emily will continue to be a strong advocate for our job creators; supporting pro-small business policies and removing government barriers to create high paying jobs.

In 2020, she was awarded the Emerging Leadership Award by the Sorensen Institute for Political Leadership.

Emily is committed to advancing policies that reflect the priorities of the Seventeenth District.

Emily Brewer has worked tirelessly to protect the values that our 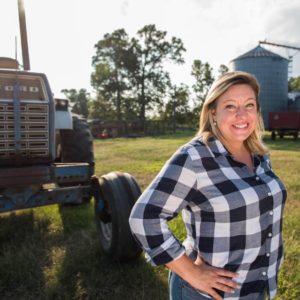 families hold so dear. Since being elected, Emily has been a staunch defender of our 2nd Amendment rights. She is a member of the National Rifle Association and the Virginia Citizens Defense League. In Richmond, she will always fight against bringing California style gun control proposals to Virginia.

As a child of adoption, Emily has made encouraging adoption over abortion and improving Virginia's adoption and foster care system her top priority. She has been a strong voice in the fight to protect the sanctity of life. View Emily's 2019 press conference on Governor Northam's comments surrounding partial birth abortions and her personal adoption story by clicking here.

Whether it is finding a safe home for victims of domestic abuse, visiting with veterans who need help at the local VA, or meeting the employees of a local small business, Emily is energized and ready to continue serving you.

As your representative, Emily will strive to protect the values, principles, and ideals important to the Seventeenth Senate District of Virginia.

By opting-in, you consent to receive periodic campaign updates from Friends of Emily Brewer.
Txt HELP for help, STOP to end. Msg & Data rates may apply.

Sign up to VOTE for Emily and receive updates on the convention process.